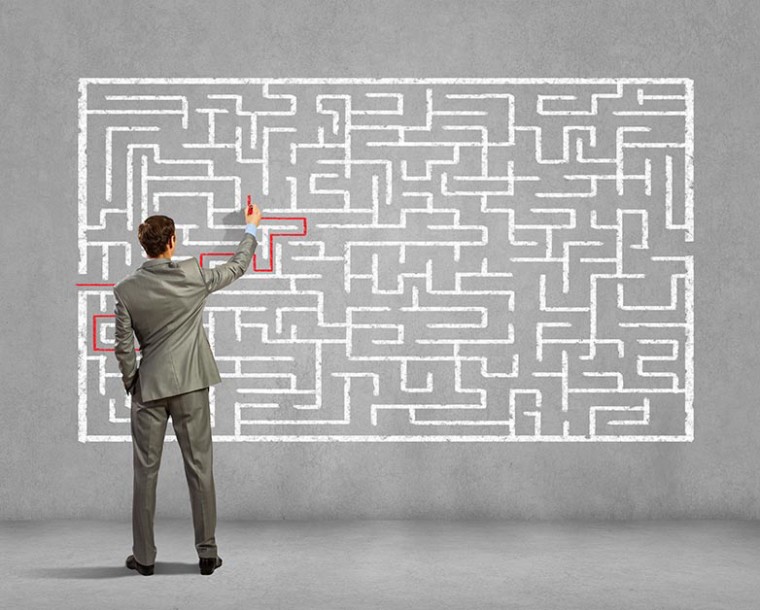 When it looks like you’re stuck and it seems like you have no way out, if you’re willing to admit you were wrong, perhaps you can find another way to solve your problem. Although the story I tell below is a software development, manufacturing and product management story, the moral applies in lots of places. Solve the problem you actually have, not the one you think you have. I learned something else important from this episode that I value to this day – there is always another way.

Solve the problem you actually have, not the one you think you have.

Years ago, I was involved with a project to upgrade a niche hardware/software product to a new hardware platform. Even though the product was hated by upper management and poorly marketed, it was important because it was so outrageously profitable that it brought in about 30% of the profit for the division. Unlike some deadlines based on semi-imaginary concepts like market windows, this project had real hard deadlines that actually made sense. We were bringing in money from the old product, and our suppliers were going to discontinue a couple of the chips it took to build the hardware. When the chips ran out, money would stop coming in. A lot of money. A lot of profit. This is not a good thing.

As is common in development projects, it was understaffed, started too late and was not going to be able to get done in time for these real, hard deadlines that made lots of sense. For those of you who didn’t already know, the way this works is that the software developers and their managers get blamed for the problem. We had an awesome team of smart people who worked on this both smart and hard. Still, it wasn’t going to get done by the deadline. It’s well-known that nine women can’t make a baby in a month – and so it is with software development.

Breaking with tradition, our organization did something creative. Instead of only pointing fingers and blaming the developers, we started recycling these few critical chips from boards that came in broken. Better yet, we asked the chip vendors who their big customers for these chips were. We went to those customers and asked them if they had surplus inventory of these chips. Since these companies had planned better for the transition than we had, several of them had chips they weren’t going to need. So we bought their inventory, making them very happy. We were also very happy, since now we had more chips.

In fact, we were able to buy enough chips that the new software was ready before the chips ran out. Because of the redesign was based on newer technology, the new product was even more profitable than the old one – and that’s saying something. A win-win-win-win situation. The company didn’t have to stop selling product, the developers got done fast enough, the other companies sold chips they were going to have to get rid of, and the new product was even more profitable than its incredibly profitable predecessor.

There Is Always Another Way.

You may have to be creative to find it, but there is always another way. For your enjoyment or perhaps for your pun-nishment, I’ll also state it this way – When the chips are down, find more chips.

When the chips are down, find more chips!

One of the clear lessons from this episode is that you have to understand the problem. In this case, it’s fortunate that the basic facts of the problem were pretty simple, because without that the problem likely would not have gotten solved in such a satisfactory way. But when you’re working in a complex modern IT environment, much of the information you’d like to have to understand your servers, services, monitoring, networking and security is hidden. The good news is that the Assimilation CMDB brings all that hidden knowledge to the surface to help you find the way (or the other way) to solve your IT problems.

Comment1 | Share | Tweet | Share | +1 | Buffer | print | email
Categories: Blog Posts, History
Disclosure of Material Connection: Some of the links in the post above are “affiliate links.” This means if you click on the link and purchase the item, I will receive an affiliate commission. Regardless, I only recommend products or services I use personally and believe will add value to my readers. I am disclosing this in accordance with the Federal Trade Commission’s 16 CFR, Part 255: “Guides Concerning the Use of Endorsements and Testimonials in Advertising.”

One thought on “There Is Always Another Way”