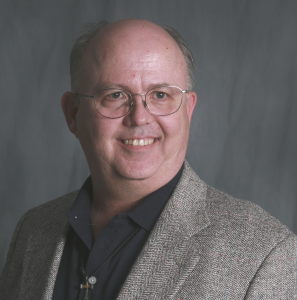 Alan Robertson founded Assimilation Systems in 2013, and views most of his career being preparation for founding this company. Alan is a long-time IT professional, having managed computer systems for over a decade, and written innovative system management software for more than 20 years. If it’s useful and seems impossible, he’s likely interested. This is what attracted him to creating the Assimilation Suite – creating magically easy-to-use and incredibly powerful system management capabilities that scale like nothing else.

He wrote his first computer program a very long time ago, and was blessed to have participated in a number of really interesting and groundbreaking projects in his long career – having worked at Bell Labs, SuSE and IBM for much of that time. In 2015, OpenSource.com posted an entertaining history of his involvement in open source software.

He founded the open source Linux-HA project (sometimes called Heartbeat, now called Pacemaker) and led it for nearly 10 years.  It has been incorporated into a number of commercial products, and is estimated to be used in over 100,000 systems over the world including by some of the largest companies in the world, and in critical roles like air traffic control and medical devices.

He is also a frequently requested and fun speaker on availability, monitoring, discovery, scalability, and raising Geek Girls – having spoken at over 35 conferences all over the world, and been a keynote speaker at several conferences.  He connects exceptionally well with his audiences. People even ask him back (gasp!) 😉

His greatest privileges at work have been to mentor people, serve and delight his customers beyond their expectations – creating magically easy-to-use solutions to difficult problems.  He’s a great believer in the importance of culture and values in a company – treating his associates, customers, partners and investors well.

He has a sometimes-irrepressible sense of humor, and is blessed to be the husband of a beautiful and intelligent wife for many years, with whom he has two wonderful grown daughters – both of whom work in IT.